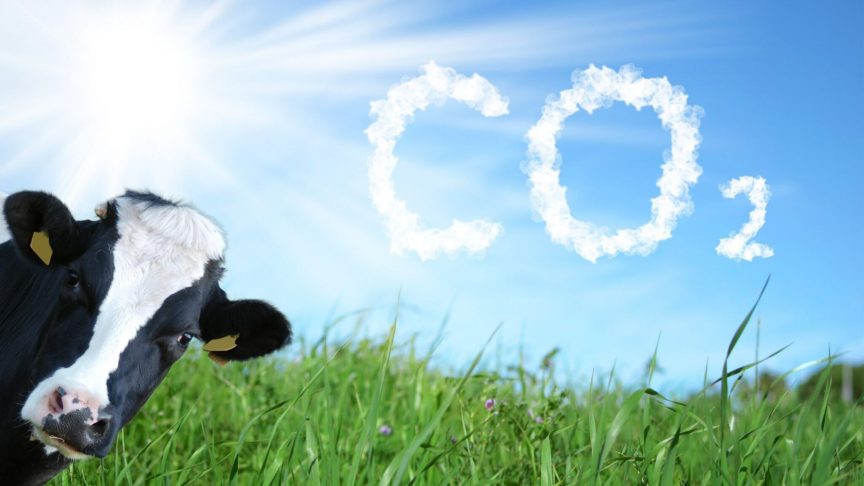 When we talk about climate change, we often talk about transportation and energy use. Before Covid-19 brought most travel to a standstill, I regularly heard friends and colleagues talk about how they were trying to reduce their carbon footprint by limiting their air travel, spending more time on trains where that was a plausible alternative or simply staying closer to home. Using less energy at home also featured in these conversations.

The role of diet in addressing climate change came up a lot less frequently. Don’t get me wrong. My friends and family care about what they eat. And in line with polling data, which show that somewhere between 25 and 70% of us are trying to eat less meat (e.g. 25% in the U.S., 50% in France), the people I know are doing the same. But health by far features most frequently as the motivator.

Why doesn’t diet feature so prominently in our individual actions on climate change?

I think there may be two factors at play here. One is the focus on carbon dioxide (CO2) when we talk about greenhouse gas emissions (GHGs). CO2 is released by burning fossil fuels. That’s where our transport modes and household energy use come into play. It’s responsible for the largest share of GHGs, and its effects are more long-lasting.

But the role of agriculture in climate change involves two other major sources of GHGs: nitrous oxide and methane. Both of these gases are released when we grow crops and rear livestock. Nitrous oxide is released through the use of nitrogen fertilisers for plant production and from animal manure. Methane is released when cows burp and plants rot.

CO2 plays a role in agriculture of course, but this is primarily through the energy needed to run farm equipment and the like. And when you look at progress in reducing GHGs in our food systems in recent years, the main gains have come almost entirely from focusing on clean energy – in manufacturing, transport, retail, catering and by consumers in their own homes. Agricultural GHGs from methane and nitrous oxide have been much slower to change; in the UK, for example, these emissions have gone virtually unchanged between 1990 and 2018.

The second factor is that many of us find it challenging to link climate change to individual actions. Global emissions in aggregate are the result of activities spread around the world and across many different types of actions. The specific part each of us plays individually is infinitesimal. Large-scale, system-wide transformation is required to make a serious and lasting change.

But every individual still contributes. And it is through changes large and small that the social and cultural changes necessary to take global action on climate change become possible. Mindset and purposeful action by each of us can, over time, make a difference.

Consider tobacco control. Back in the 1960s when the evidence of smoking harms was becoming apparent but before widespread tobacco regulations emerged at national and international levels, a poll found that only 40% of Americans recognised smoking as harmful. When Gallup polls asked about the link between smoking and lung cancer in the mid-1950s, 40% believed that smoking caused lung cancer; by the 1960s this rose to 50%, and in the 1970s to 70% and by the 1980s to 80%.

Today, 95% of Americans believe smoking tobacco is harmful to our health, and not only individual health (i.e. ‘if I smoke, it only harms me’) but our collective, public health (i.e. ‘if I smoke, others may be harmed in the process’). The link to passive smoking facilitated smoking bans in public places. Over (an admittedly long) time, changes in our individual beliefs about tobacco use – and related actions, at least in most high-income countries, have made effective government interventions possible. In this way, social and cultural change and good governance go together.

The direct link between tobacco use and harm is of course much more straightforward. Stop smoking, and you directly contribute towards improving your own health as well as those around you.

Climate change is harder (much harder). There is no one direct and immediate cause of our carbon footprint. If I reduce or stop taking long-haul flights, it’s not clear to me at least what or how much of a difference that makes. But at least with a long-haul flight I can identify a specific and (relatively) large contribution that the action has on greenhouse gas emissions. It’s easier for me to think about foregoing a flight, than to consider how to reshape my diet to be climate-friendly.

Indeed, changing my diet may only get me the equivalent of one long-haul flight a year. If I had to choose, which would it be? For the simplicity of it (even though I love travel), I would probably choose not to take the flight. It’s just…easier.

The introduction starts with a deceptively simple question: How much do you think the last meal you ate contributed to climate change? Although the answer is complicated, indeed much more complicated than the simplified analysis presented in the book, it isn’t rocket science (no pun intended…) And that’s exactly what Bridle is trying to achieve: making the relationship between diet and climate change easier to understand.

That’s because there are a few big sources of climate emissions in most of our diets. Meat and dairy represent by far the largest source of agricultural GHG emissions. Eating a bit less of these things can make a marked difference. Choosing meat and dairy products that have been more sustainably reared also helps.

Avoiding food waste is also important. If you look at the average UK food emissions per person per day in a simplified analysis based on a 2018 IPCC special report, food waste is the biggest contributor overall.

And it’s not a simple trade-off in the end, between a long-haul flight and our diet. Without changes in both areas, global temperatures are still expected to rise. So far, at least in our food systems, clean energy has made a substantial difference to reducing GHG emissions.

But it’s not enough. Without changes to other aspects of agricultural practices, and to our food choices, we won’t get there. It’s not hard, but it does require a change in mindset. Social change takes time, and it takes every one of us to make it happen.