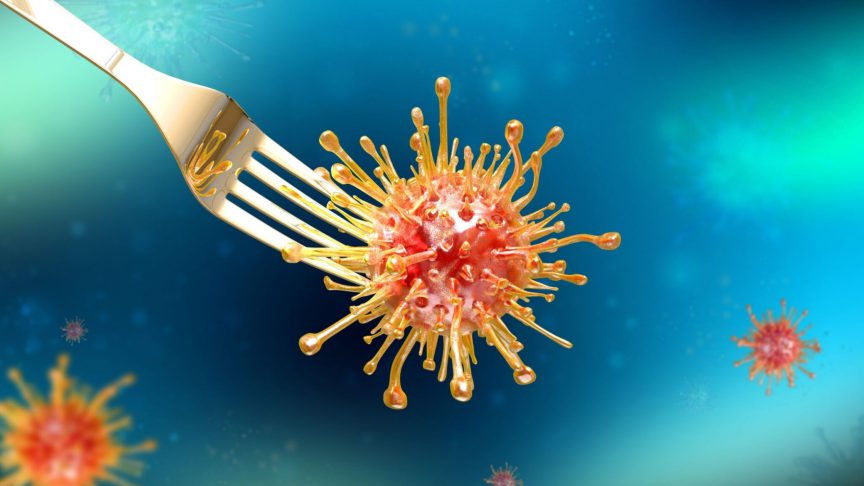 How safe is our food? We probably don’t consider food safety all that often.

As with so many things, however, COVID-19 made us think about issues that often go unnoticed. Could the virus be transmitted on food or food packaging?

So far there is no evidence that COVID-19 is associated with handling or eating food. But in the early days of the pandemic there was a lot of uncertainty. Some of my friends and family went to great lengths to protect themselves in the absence of more information, for example leaving recently purchased food untouched for 24 hours before consumption.

Food safety may have also become a greater concern if you, like me, have had a serious bout of food poisoning. (I ate some dodgy oysters years ago and knocked out half of a front tooth when I passed out after having gotten up in the middle of the night with shakes and a seriously upset stomach).

Aside from the most extreme cases, though, you probably don’t think much about food safety all that often and probably don’t make too many choices about what (or how or where) you eat on this basis. But if you peel back the layers on our food systems, there are good reasons to be more concerned. Our food supply chains put us at more risk than we might like to think.

In the US, for example, there are an estimated 48 million cases of foodborne illness annually – affecting approximately 1 in 6 individuals. This results in an estimated 128,000 hospitalisations and 3,000 deaths.

In the UK, there are an estimated 2.4 million cases of foodborne illness each year, affecting far fewer individuals – approximately 1 in 30. (Although there are differences in the way the two countries determine the number of cases, which may mean the US figures account for more cases than the UK approach).

A direct comparison between these two places is not my intention, however. The important point for me is that these numbers don’t really do justice to the wider effects of foodborne illness and are probably vast underestimates anyway.

For example, a new modelling approach used by the Food Standards Agency shows the effect that the foodborne disease burden can have on society. According to 2018 estimates, foodborne disease in the UK costs £9.1billion per year. That includes lost earnings and effects on businesses.

These and other financial costs represent only around 20% of the total costs to UK society. The non-financial monetary estimates of the pain, grief and suffering related to foodborne illness represent around 80% of the disease burden, including the effects of complications from illness and fatalities.

Worldwide, some 200 foodborne diseases are caused by bacteria, viruses, parasites, chemicals and other contaminants, additives and adulterants. Their effects range from diarrhoea to cancer.

While we know a lot about what makes us ill in our food system, there are still many unknowns. Add to this the fact that a large number of cases of foodborne illness go unreported. The effects are likely to be much greater than these figures suggest.

The European Food Safety Authority estimates that in 2010 the costs of infections from salmonella and campylobacter alone were around 4 billion euro per year. Only 1 in 50 incidences of foodborne illness is actually reported.

The World Health Organisation states that our understanding of foodborne illness is only the ‘tip of the iceberg’ because of limitations in our surveillance systems.

Foodborne illness is under-reported by individuals, under-diagnosed by health providers, and under-ascertained by our public health systems in determining the ratio of confirmed symptomatic cases to the true number of symptomatic individuals.

Antimicrobial resistance (AMR) is also a growing concern. AMR refers to the ability of microbes to change over time such that treatments designed to deal with the infections they cause no longer work. This can increase the spread of disease as well as the severity of illness.

We know that drug-resistant bacteria, viruses and other microbes can spread through our food chain. In 2016 the World Health Organisation declared AMR one of the biggest global threats we currently face.

Threats to our natural environment add to food safety problems. Food produced in polluted environments increase our chances of illness.

Pollutants can become more concentrated as they move through the food chain. Long and complex food chains increase the risks of contamination.

Ultimately, inevitably, food safety risks are closely linked to other problems in our food systems. Poor diet can exacerbate the severity of illness. Environmental degradation increases the risks to our food supply. Inequality is intricately connected to both of these issues.

A full food system transformation is needed. What are we waiting for?