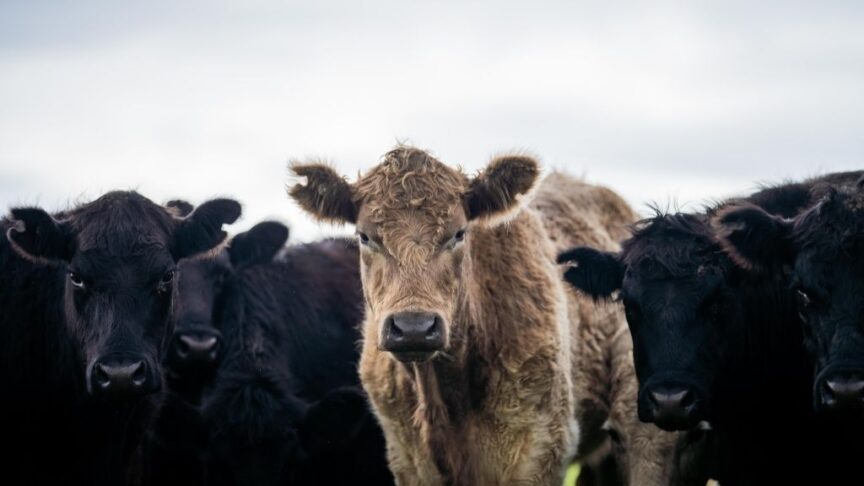 Lab-grown meat offers the tantalising prospect of a new relationship with our food producing animals: one that doesn’t require their death in order for us to consume meat. Cultured meat is also promoted as an opportunity for creating a healthier, safer and more sustainable food system. What’s not to like?

My last article explored the evolution and some of the challenges faced by those developing the technology. In recent years, however, cultured meat has gotten closer to our dinner tables. Investment has increased and with that, the number of companies working on new products.

Singapore has granted regulatory approval to lab-grown chicken. The US appears to be preparing for the possibility of regulatory approval for cultured meat as well. But will the arrival of lab-grown meat on our supermarket shelves and on our dinner plates really mean we don’t need (or want) to rear livestock any longer? What else does the technology offer? What are its potential drawbacks?

To be honest, this article was difficult to write. Digging into the issues, I found myself deep in the moral maze of the dilemmas facing our current food systems.

That’s because in many respects, the prospect of lab-grown meat represents a microcosm of the challenges we face if we want to look at what and how we eat holistically. That is, in terms of the feedback loops and trade-offs for our health and environmental sustainability. And the social and economic effects of making such a potentially big change in our approach to food production and consumption.

In almost no respect could I identify a straightforward benefit – or drawback – of lab-grown over conventional meat. Animal welfare surely came closest, and I’ll go into that in a moment.

I’m not particularly for or against cultured meat. At least not at this stage. The evidence on its impacts is still largely speculative. Anyway, it’s not a choice I can make at the supermarket – not yet.

Maybe that’s what makes it so interesting a topic to explore. And what makes it difficult to situate in our current food systems. In this article, I’ll focus on the effects of lab-grown meat in terms of animal welfare.

Arguably the boon to animal welfare has been the strongest argument in favour of lab-grown meat to date. The animal rights organisation PETA supported cultured meat development very early on in its development. They even launched a $1m prize to be awarded to the first group to sell in vitro chicken that was indistinguishable from the real thing. That was back in 2008 when there were no research efforts that could even come close to this goal. The prized went unclaimed.

Indeed, the first demonstration in 2003 of lab-grown steaks produced from frog cells involved diners consuming those steaks accompanied by the live frogs from which the cells were obtained. At that time, the technology was highly experimental, and the event was intended to be a live art exhibit, inviting the viewer to consider the relationship between food and animal source.

It’s easy to see why at least some animal rights supporters might advocate for cultured meat. Its production requires an animal cell line, or primary cells isolated from the original animal tissue through a biopsy. Biopsies are considered a minor stress or low-grade pain – and certainly not comparable to the loss of animal life required to eat conventional meat.

And there are other methods being trialled based on an approach similar to in vitro fertilisation. Eggs harvested from a single animal could produce cell lines that would be used indefinitely.

This means there is potential to greatly reduce the number of animals required to produce the same amount of meat that we currently eat. Although I struggled to find any studies that could put a number on it at this stage, the expectation is that there will be an orders-of-magnitude decrease. With a much smaller number of animals comes the potential to also improve the welfare of the donor animals. Critically, none of those animals die in the process.

Lab-grown meat = no-kill agriculture (or does it?)

The major challenge to a more fully animal-welfare friendly cultured meat industry has been finding an alternative to foetal bovine serum (FBS) in the growth medium. FBS is collected as a by-product from animals during slaughter. Its use in cultured meat production weakens the argument for animal welfare because although animals aren’t slaughtered purely to produce FBS, lives are still lost in the process.

Researchers have thus spent many years trying to develop replacements for FBS. Today there are alternatives that don’t require any animal deaths although they remain expensive and relatively inefficient.

Moreover, the benefit of cultured meat on animal welfare relies heavily on an assumption that consumers will replace conventional meat with lab-grown. There is some evidence to support this proposition. For example, amongst survey respondents, it appears that cultured meat is more appealing to meat eaters than to vegetarians or vegans.

Interestingly, it’s the most committed meat eaters who appear most willing to choose lab-grown meat, suggesting that it may directly replace conventional meat in some cases.

For the foreseeable future, it seems unlikely that lab-grown meat would be able to make major inroads in these places. This is due in large part to its high production costs. Some estimates suggest that lab-grown meat will eventually cost the same as the average conventionally-sourced product. But until or unless cultured meat replaces the cheapest conventional options, the effects on animal welfare may be far more modest than we might hope for quite some time.

In principle, cultured meat should be a more sustainable choice

Cellular agriculture – another term that’s used to describe the technology – has been touted as a potential boon to climate change mitigation and biodiversity protection. That’s because growing meat in a laboratory setting in theory should reduce greenhouse gas emissions from livestock production, and the water and land required for grazing animals.

The benefits from an environmental sustainability point of view are second only to animal welfare in the importance they receive from advocates of cultured meat. It’s increasingly unclear just how much of these benefits may materialise and what the trade-offs may be.

There are many factors to consider, the evidence is mixed, and at this early stage, fairly speculative. It’s simply not a clear-cut case for the sustainability benefits of cultured meat. And to do the subject justice, I’m dedicating my next article entirely to this important issue.

I write about the future of food and the connections between our food systems, the environment and public health. Sign up for my newsletter.

You can also read more here.